Download PDF Snapshots from the In Between, A Companion Volume of Verse for A Travellers Guide for Lost Souls 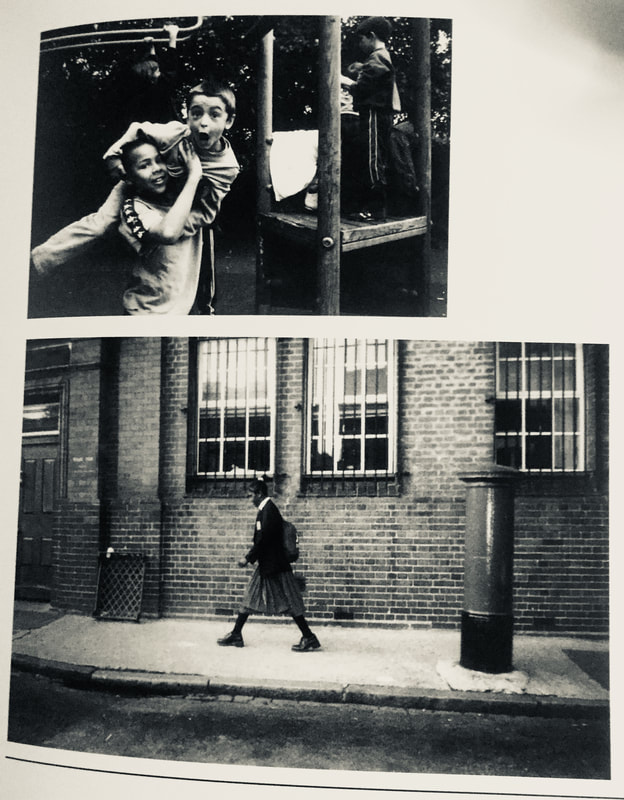 Unfortunately not much else attracted enough of Dawkins' attention to write down and apart from the observation that the oleanders on the boulders by the shore at Kardamili were very pretty they still are today in May and June we learn precious little about Mani in the early part of the 20th century.

Oh … and his handwriting was awful! Arthur Megaw. Byzantine Architecture in Mani. Megaw drew on the work of Traquair and made an in depth study of some of the Mesa Mani churches looking at their architectural details and construction. Thus he compiled a dating yardstick which is still used to this day. Like Traquair he concentrated on architecture rather than painting. He refers to churches in Exo Mani but doesn't appear to have visited them.

In part this was part of his larger interest which was to create a chronology of medieval Greek church building and followed his earlier paper. The chronology of some Middle-Byzantine churches. Both can be found in academic research libraries. Kyriakos D. Kasses or Kassis depending on your transliteration. Anthi tes Petras: sto choro tou statikou chronou, etoi oikogeneies kai ekklesies sten Mane etc. I had promised myself I wouldn't include any Greek language books in this bibliography but this one had to be listed. Kassis is a self proclaimed "poet and artist" though his graphical skills are enthusiastic if not dreadfully felicitous - his poetry I can't vouch for and keen, not to say obsessive, historian of Mani.

He has published numerous books in Greek on, mainly, the Mesa Mani looking at customs and folklore including a short history translated into, reputedly, incomprehensible English I've since browsed it - it is. This huge pages tome is a dissertation on the churches of both Upper and Lower Mani complete with fulsome photographs of varied quality and that inimitable slightly wonky Greek printing quality of 20 years ago and it purports to list every church in the area.

Yes, every church. It is the trainspotters' guide to Mani churches - but there are a few drawbacks.

If you can't read Greek you're stuffed or rather it's a slog with a dictionary. His descriptions are sometimes short and are often imprecise as to locations - he's fond of vague directions such as "close to" or "nearby" or merely "in" when he has listed tens of churches in one village.


He does include maps - but these are drawn and written in his own fair hand a manic scribble and are up there with the best of Hellenic cartography - in other words fairly useless. Finally the damned thing is out of print. All in all irritating but invaluable if like me you're a fellow obsessive. As far as I can tell it is yet to open - there is a website, in Greek. The Painters Manual of Dionysius of Fourna. Paul Hetherington translator. Sagittarius Press. ISBN x. His is the only manual for church painters to be passed down through the ages.

(Because I could not stop for Death) | Modern American Poetry

It covers not just how to paint frescos - pigments, techniques etc. Hetherington's translation is exemplary and it is a great help to identifying paintings but the book is not dreadfully easy to navigate and it is unlikely one would ever wish to read it from cover to cover. A good illustrated guide to post- Byzantine Orthodox iconography would be a godsend. Out of print but in good academic libraries and sometimes secondhand copies surface. Karin M.

University of South Africa. ISBN 0 8. An academic discourse on medieval church painting. This is a fine appraisal and history of the themes and schemes of Byzantine iconography. Although it covers much of Greece outside Mani it covers the significant Mesa Mani sites.

Apart from the excellent overview it gives details on Ag. Procopius, Ag. Panteleimon, Ano Boulari, Ag. Stratigos, also Ano Boulari, Ag. Theodori, Kafiona. Episkopi and Trissakia and fits them into the historical development of painting styles. Out of print but available in academic libraries.

Nikolaos V Drandakis N. Vizantines toichographies tes Mesa Manes rough trans. Byzantine Painting and Decoration of the Deep Mani. Archaiologikes Hetaireias: ar. Drandakis was the doyen of Mani church studies. It appears that he joined the work of Orlandos at Mistra in the '50s and asked if he could be given one of the churches at that site for study. Orlandos, who had the sinecures for practically every significant site in Greece at the time decided to keep Mistra for himself and sent Drandakis off to the wilds of Mani, perhaps not realising the deep vein of riches he was in fact offering the incomer.

This huge volume is the fruit of years of research. He concentrates on the most significant sites in Mesa Mani such as those at Ano Boulari and many others. Numerous, mainly black and white, and some colour photographs and excellent diagrams of the churches. There was an earlier edition in which covered fewer churches. Drandakis and his students now mostly eminent academics themselves, I've met a few of them… have written many scholarly papers on the area.

Erevna Stin Kato Mani trans. Researches in the Lower Mani. Athens Archaelogical Etaireias No. In Greek, but a fulsome listing and description of the churches of the Lower Kato Mani - the area between Areopoli and Githeon and a small way down the eastern 'sunward' coast as far as Skoutari. Praktika tes en Athenais Archaiologikes Hetairias.

712 (Because I could not stop for Death)

Dori, S. Kalopisi, V. Kepetzi and M. Erevna sti Mani. The above three lengthy articles in the scholarly journal Praktika tes en Athenais Archaiologikes Hetairias cover a large number of churches in the Exo Mani. Don't quote me - but the 'Adouloti Mani' bookshop in Areopolis has produced a rather useful photocopied and bound compendium of these articles.

Byzantina Glypta Tis Manis. Athens Archaiologikes Hetaireias Doula Mouriki. The frescoes of the Church of St. Nicholas at Platsa in the Mani Athens. Bank of Attica. Mouriki d. Nikolaos at Kampinari, Platsa was published on the occasion of the 50th anniversary of the founding of the Bank of Attica.

Out of print and only available in major research libraries. Die Wandmalereien des Editio Maris.

In German. A fine study of Ag. Nikolaos at Zarnata. Quite how Eleni Dori managed to puzzle out as much as she does about this church from the dreadful state of its repair, is a wonder. Sharon E. Art and Identity in the Medieval Morea. Laiou and Roy Parviz Mottahedeh. Dumbarton Oaks Research Library and Collection.